Japanese motorcycle manufacturer Suzuki has been teasing the all-new Katana through a series of videos. And the last video has been released. While the previous videos showcased bits of the design like the shape of the fuel tank, the new teaser has almost revealed the design of the new-age Katana. Fortunately, Suzuki has not tinkered with the design much and that can be seen with the rectangular headlight. Only this time, it will get an all-LED headlight. Further, the side profile too can be seen in the teaser video. We will get to see the production version at the 2018 Intermot show. 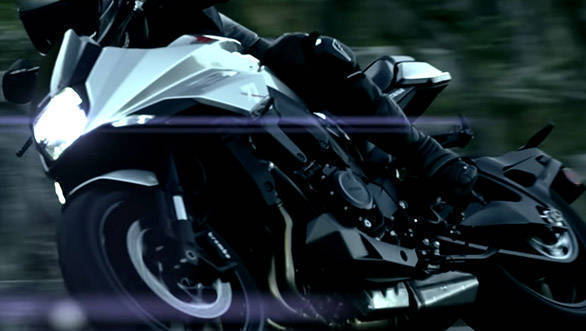 It is here that you can see the four header pipes running out of the engine, which inches it closer to the speculation of the new-gen Katana being based on the GSX-S1000. Also, the chassis design can be seen to be similar to that of the GSX. It is also being said that the 2019 Suzuki Katana will be equipped with the same powertrain as the GSX-S1000, that is a naurally aspirated unit and not a turbo as being speculated. The teaser video also shows an inverted fork with Brembo brakes, higher placement of the footpeg and a plate holder that has been placed on the fender mounted on the tyre hugger. 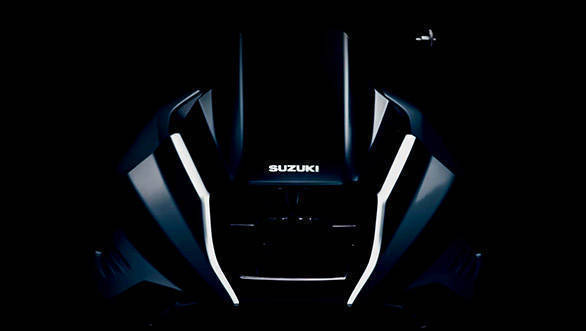 The Suzuki motorcycle most likely to bear this badge will be a production version of the turbocharged parallel twin derived from the 2013 Recursion concept. The 2013 Recursion also showed some Katana styling cues and the production motorcycle will bear a GSX moniker by way of its 700cc DOHC parallel twin, four-valve engine. This turbocharged engine was shown under the name 'XE7' in 2015 and should be significantly more powerful than the 100PS output of the 2013 concept bike's SOHC 588cc twin. While there have been rumours that this bike could be called the GSX700T, the possibility of it being badged a Katana cannot be ruled out.