The Q4 Sportback e-tron concept's look is a sportier take on Audi's e-tron design philosophy. The face is very similar to that of the Q4 e-tron concept that debuted in Geneva in 2019. The dominating feature is the silver-finished, blanked-out octagonal styling element that replaces the traditional grille. There are slim, upswept matrix LED lights on either side of this and deep bumper inserts. 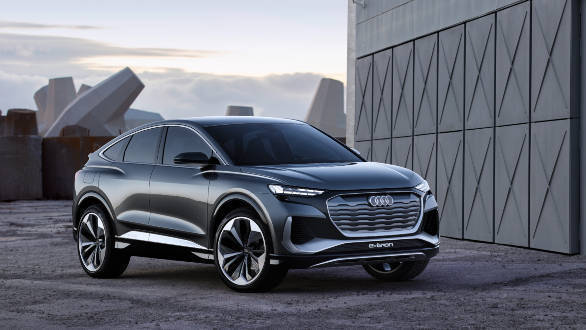 Given its Sportback nomenclature, this version of the Q4 e-tron sees a heavily raked roofline from the B-pillar onwards. This ends with the rear windscreen meeting a prominent rear spoiler. The single-band LED rear-light, a key e-tron design element, is seen here as well. The oversized rear-bumper section with the horizontal inlays is a Q4-specific styling touch. Other styling cues that are a distinctive feature of Audi's e-tron line-up are the Quattro-inspired rear haunches and the chunky side skirts.

The Sportback's interiors are another interpretation of the newest Audi design themes. The upper section is finished in white/beige microfiber textiles while the floor materials are recycled. There is no chrome here, instead, surfaces are covered with a high-quality multi-layer paint finish. There is also Plexiglass panelling across the dash and other sections to allow for a unique depth effect. The squared-off steering wheel houses capacitive touch buttons, while there is also a colour HUD. The virtual cockpit instrument cluster gets new graphics while the central touchscreen is VW's newest MIB 3 interface. The absence of a gear lever has led to a free centre-console area with deep cubbyholes. 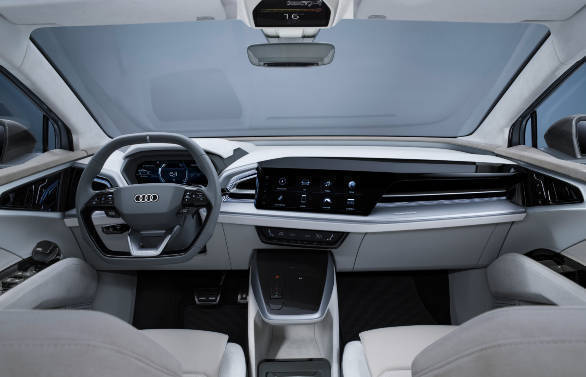 The coupe version of the Q4 e-tron has the same running gear as the SUV, which means it gets the same MEB underpinnings. There is an 82 kWh battery pack that powers two electric motors, one on each axle. This gives the Q4 Quattro AWD capabilities The rear motor makes 204PS and 310 Nm while the one in front puts out 102PS and 150 Nm. The total system output is 306PS. This allows it to get from 0 to 100 kmph in 6.3s and top speed is limited to 180 kmph. The Q4 also has 50:50 weight distribution.

In practice, the Q4 only uses the rear motor in regular conditions, the front motor is only summoned when there is extra power required or when slip is detected. This combined with a low drag coefficient of 0.26 Cd gives the Q4 Sportback e-tron a range of 450 km(WLTP). A RWD version coming later will bump this number up to over 500 km. 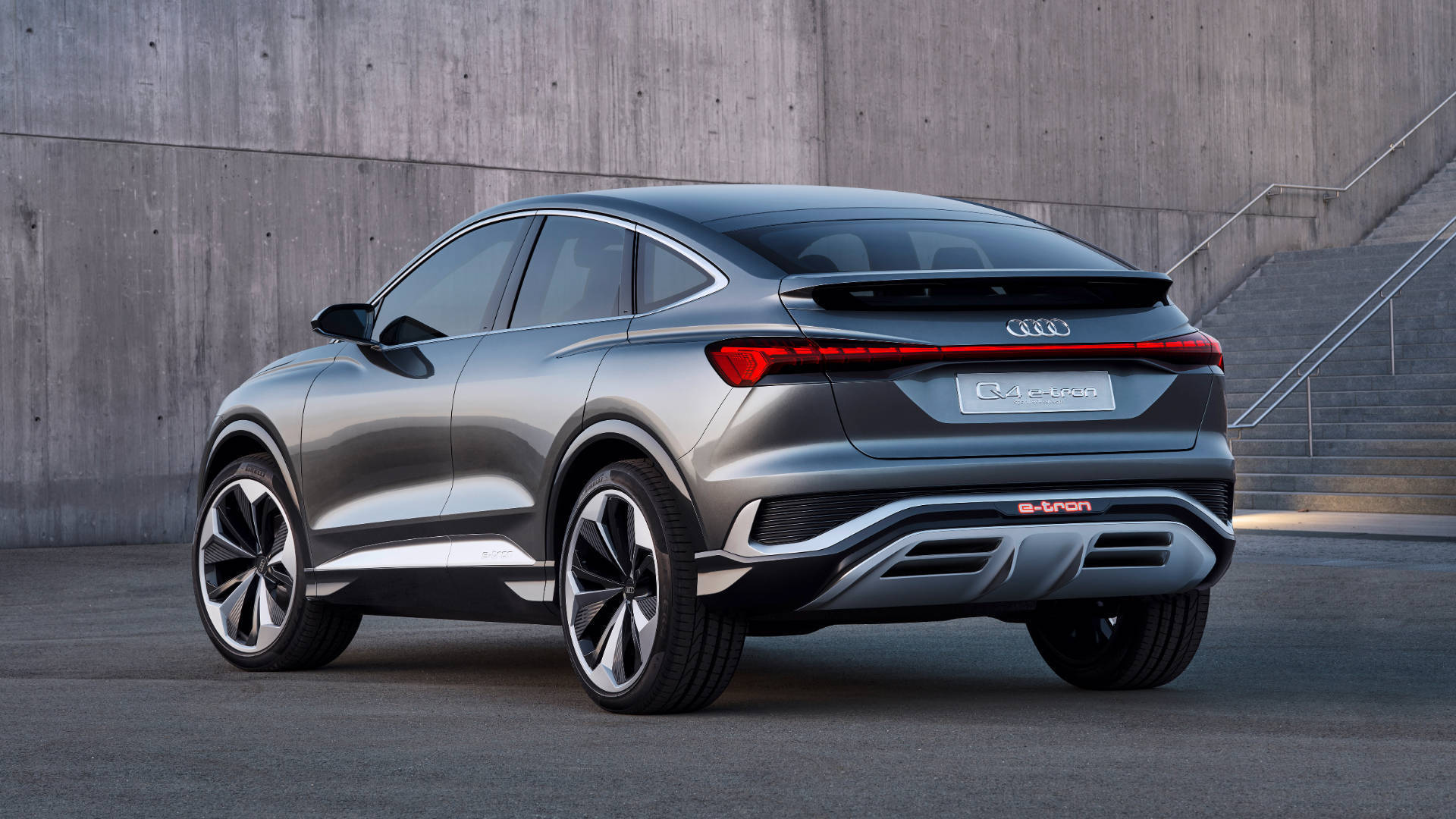 The Q4 Sportback e-tron is the seventh all-electric Audi. It will sit below the India-bound e-tron and e-tron Sportback. By 2025, Audi plans on offering 20 all-electric models. Aside from the SUV and coupe-SUV shapes, these will also include Avant station-wagon and Sportback four-door coupe body style models.