When you hear the marshals change their minds about tyre pressures before you leave, you know it's going to be a hard ride out. There were two groups of ten that set out today and unlike yesterday, I got pushed into the advanced group, riding alongside BMW instructors from across the world and regulars at the GS Trophy including Lewellyn Pavey - a Dakar Racer. 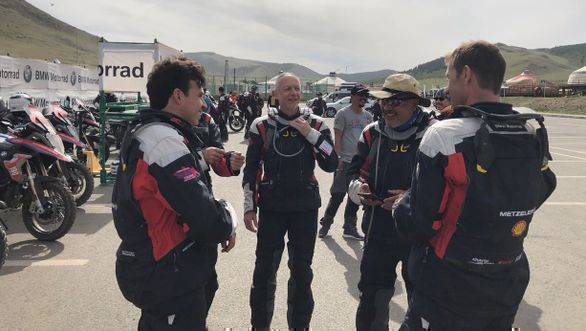 We left camp and also left the road within a kilometer of riding on the hard top. And another few minutes down the track we we're riding through powdered sand on hard top. 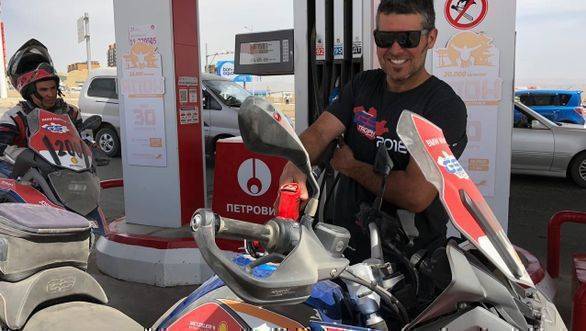 That's Miles Davis, marketing manager at BMW Motorrad, filling up our ride. Davis has spent a lot of time on the off-road focused R 1200 GS Rallye

Easy I thought, just stay away from the guy in front so you can see where you're going. Not quite. The fine powder turns to swishy sand, a foot or two deep, the front wants to tuck under, you want to shut the throttle because your survival instincts want you to stop. 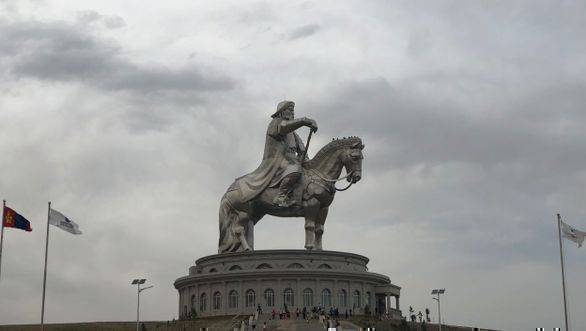 The Genghis Khan monument is the most popular one in Mongolia. We reached here after a 7-hour ride

But you move your butt over the rear wheel, keep your chin up and let the motorcycle do the shimmy as you look where you want to go. It's easy to put this in words now that I've eaten dust twice and have dressed the gashes on my right leg.

Day 2 at the @BMWMotorrad #GSTrophyMongolia: Riding to the top of one of the little peaks around the countryside. Llewellyn Pavey (Dakar racer and off-road skills UK instructor) pulls the little wheelie#GSTrophy #GSTrophy2018 #MakeLifeARide #odmag #ODmaginMongolia pic.twitter.com/yQEw5ArEHJ

Be it enjoying the smooth tarmac or trail riding on bad roads, we are having too much fun at the #BMW #GSTrophy2018 already. ?
.
.#WeekendVibes #BMW #ODMAGinMongolia #OVERRIVE #R1200GS #MakeLifeARide #GSSpirit pic.twitter.com/6yd4kp2bjI